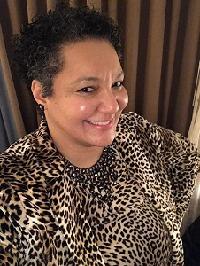 Nikol G. Alexander-Floyd is Associate Professor Political Science at Rutgers University-New Brunswick. A lawyer and political scientist, Dr. Alexander-Floyd has been actively engaged in a wide range of political and legal issues. Dr. Alexander-Floyd has been a featured speaker at fora and symposia at a number of colleges and universities, including Bryn Mawr College, CUNY Graduate Center, Northwestern University, Prairieview A&M University, Princeton University, and Syracuse University, among others. A strong advocate for minorities in general and women of color in particular, she co-founded the Association for the Study of Black Women in Politics (www.asbwp.org), an organization dedicated to promoting the development of Black women’s and gender studies and supporting the professionalization of Black women political scientists. As a legal theorist and activist, she has produced scholarship and provided commentary on some of the cutting edge legal cases of our time, including the important Hopwood case in Texas; her involvement and leadership around Hopwood led to guest appearances and interviews on “The Oprah Winfrey Show” and National Public Radio.

An award-winning educator, she teaches a range of courses on Black feminist theory, Black women’s political activism, and race, gender, media, and the law. Dr. Alexander-Floyd is the author of Gender, Race, and Nationalism in Contemporary Black Politics (Palgrave Macmillan 2007), and her articles have appeared in leading journals such as Feminist Formations, The International Journal of Africana Studies, Frontiers: A Journal of Women’s Studies, Meridians: Feminism, Race, Transnationalism, The National Political Science Review, Politics & Gender, PS: Political Science & Politics, and Signs. She is a past Co-Chair of the Annual Meeting of the National Women's Studies Association, and past Chair of the American Political Science Association's Committee on the Status of Women and the Profession. Her latest book, Liminal Subjects: Black Women, Melodrama, and Post-Feminism in the New Millennium (forthcoming NYU Press, 2020), investigates the political implications of post-feminist, post-civil rights ideology.

"Balance Is a Fallacy: Striving for and Supporting a Life with Integrity," by Renee Cramer, Nikol Alexander-Floyd, and Taneisha Means. PS: Political Science and Politics. https://www.cambridge.org/core/journals/ps-political-science-and-politics/article/balance-is-a-fallacy-striving-for-and-supporting-a-life-with-integrity/8A3DAD371551AC75D65426C5D527A834/share/ecdaf0d8cab691fbba5fcaa95c4da5267b6fc016