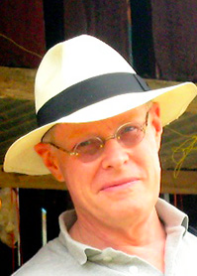 Dr. Shafer (B.A. Yale, Ph.D. Harvard), Professor Emeritus of Political Science at Rutgers University, is published widely in foreign policy and international political economy, and has taught at universities around the world.

Dr. Shafer is a member of the Council on Foreign Relations and a 21st Century Fellow. With funding from, inter alia, the Department of State and European Union, he has managed higher education reform initiatives in the Baltic states, Central and Eastern Europe, and Lebanon.

Dr. Shafer is the founder of Global PACT, an international community development and civic engagement training program. With funding from Ford, Open Society Institute, Prudential and the United States Institute of Peace, he ran Global PACT programs in Brazil, Cambodia, Croatia, South Africa and Thailand. Since 2008 he has devoted himself entirely to Warm Heart.