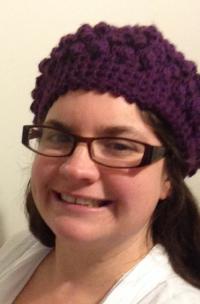 I am a PhD Candidate in Comparative Politics. I am interested in the way science is articulated in political discourse, and my dissertation examines opposition to GMOs in Europe and the United States. While at Rutgers, I spent a semester at the Univeristy of Konstanz in Germany on a Baden-Wurttemberg Stipendium, and received an FLAS to study Polish at the Prolog School in Krakow, Poland. Before comign to Rutgers I worked for the Congressional Research Service at the Library of Congress, and before that I was a high school debate coach. I have an MA in Communication Studies with a concentraion in political rhetoric from Texas State University.

“GMOs and the Defense of Sound Science in the Public Sphere” accepted for the annual meeting of the American Political Science Association, San Francisco, Fall 2015.

“Unstable Food and the Potential for Catastrophe: Understanding Political Resistance to Genetically Modified Food in the United States and Europe” accepted for the annual meeting of the Midwest Political Science Association, Chicago, IL, Spring 2015.

“Populist Politics in Poland: The Case of the Smolensk Disaster,” presented at the annual meeting of the European Union Studies Association, Baltimore, MD, Spring 2013.

“Anti-Intellectualism, Politics of Emotion, and the Rise of Right-Wing Populism in Poland and the United States,” presented at the annual meeting of the American Political Science Association convention, New Orleans, LA, Fall 2012.

I am interested in the intersection of politics and science, and the way it varies across countries. My dissertation is entitled "Grains of Doubt: A Comparison of the Politically Contested Visual Landscapes of Genetically Modified Organisms in the United States and Europe."

I have taught in a variety of formats: online, hybrid, traditional, and an exchange program where I taught Rutgers students at Ritsumeikan University in Kyoto, Japan. I design my classes around three criteria:  students should comprehend the latest debates happening within the academic community;  students should connect political science theory to historical and current political environments, and  students should critically engage in the important conversations and debates happening across the discipline. This fosters an engaged, active, and critical classroom environment, both in person and virtually.

Special Topics in Comparative Politics: Civil Society in the US and Japan (Summer 2013, Kyoto, Japan)

Special Topics in Comparative Politics: Social Movements in the US and Japan Part I (Spring 2012)

Special Topics in Comparative Politics: Social Movements in the US and Japan Part II (Summer 2012,  on location in Kyoto, Japan)

Special Topics in Comparative Politics: Environmental Politics in the US and Japan (Teaching Assistant, Spring 2011)

I also served as the director of the Rutgers-Ritsumeikan Exchange Program from 2011-2013, and as the associate director for the Lloyd Gardner Fellowship in Leadership and Social Policy from 2011-2014.