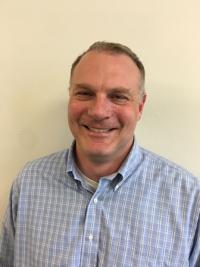 The Other Rights Revolution: Conservative Lawyers and the Remaking of American Government (Oxford University Press, 2016)

“Politics as Usual: How Republicans Came to Rule the South.” Boston Review (May/June 2006)

A Way Out: America’s Ghettos and the Legacy of Racism. Co-editor, with Joshua Cohen and Joel Rogers (Princeton University Press, 2003)

Professor Decker specializes in U.S. political and legal history. His book The Other Rights Revolution: Conservative Lawyers and the Remaking of American Government was published by Oxford University Press in 2016. This book is the story of the non-profit, “public interest” lawyers of the American right. It describes how a network of policy-minded attorneys challenged the U.S. regulatory state in the name of property rights and economic freedom. And it shows how their efforts helped to change the size and shape of American government.

At the moment, Professor Decker is writing a political and policy history of the 1982-2000 bull market in U.S. stocks, tentatively titled Bull: The Stock Market and the Politics of Financial Security, 1974-2005.