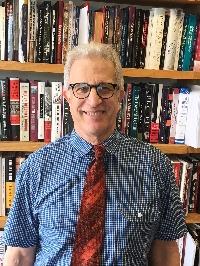 Jack Levy
Board of Governors' Professor

Professor Levy’s teaching and research interests are in the field of International Relations, with a special emphasis on the causes of interstate war, foreign policy decision-making, and qualitative methodology. I organize my scholarly work into the following categories: historical evolution of war; dynamics of power relationships, including balance of power theory, preventive war, and power transition theory; domestic politics and war, including diversionary theory and audience costs; the political economy of war and peace; the psychology of decision-making; qualitative methodology and the philosophy of science/history; the First World War; grand strategy in the 1930s; and my Handbook of Great Power Wars project.

Levy is a Board of Governors’ Professor at Rutgers University and an Affiliate of the Saltzman Institute of War and Peace Studies at Columbia University. He received a B.S. in Physics from Harvey Mudd College and a Ph.D. in Political Science from the University of Wisconsin-Madison. He held tenured positions at the University of Texas at Austin and the University of Minnesota before coming to Rutgers in 1989. He has also held visiting or adjunct positions at Tulane, Stanford, Harvard, Yale, NYU, Aoyama Gakuin, and Columbia University. Levy received APSA's Helen Dwight Reid Award for the best dissertation in International Relations in 1975-76, and the Distinguished Scholar Award from the Foreign Policy Analysis Section of the International Studies Association (2000). He is a past president of the International Studies Association (2007-08) and of the Peace Science Society International (2005-06). Levy was listed (PS, 2007) among the top twenty most widely cited international relations scholars.