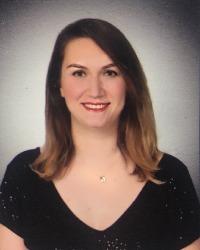 Selin Bengi Gümrükçü received her PhD degree in political science from the University of Zurich in 2014 with a dissertation titled “Reconstructing a Cycle of Protest: Protest and Politics in Turkey, 1971-1985”. She worked as a research assistant at the Department of International Relations and the EU (later Department of Political Science and International Relations), Izmir University of Economics from 2007 to 2014, and as a lecturer (2014-2015) and Assistant Professor (2015-2016) at Izmir University. She has acted as a visiting PhD student at Bielefeld Graduate School of History and Sociology, Bielefeld University and at Sciences Po, Paris and as a visiting fellow at the Department of Sociology, University of Paris 8 and the Department of Political and Social Sciences, European University Institute. She studies on various aspects of social movements, political parties, far right, violence and Europeanization and Euroscepticism, mainly focusing on the case of Turkey. Her publications appeared in international journals such as Turkish Studies, Southeast European and Black Sea Studies, Journal of Balkan and Near Eastern Studies and in edited volumes. She is currently working on her first book, to be published with Routledge: Protest and Politics in Turkey in the 1970s: The Making of a Protest Wave.